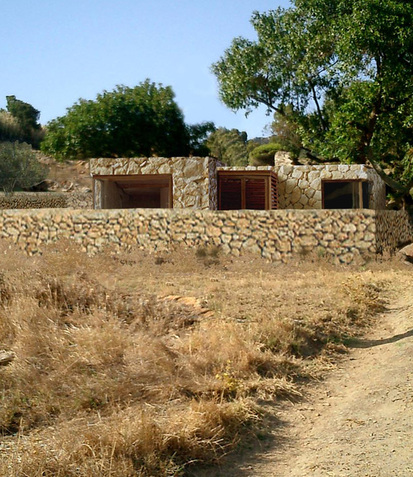 This one bedroom beach house is placed on the top of a 160m cliff. On a clear day one can see the Moroccan hills across the Atlantic.

The present site is a ruin which used to be an old corral for goats. The new scheme uses the same footprint of the existing corral and places two parallelepipeds made from the existing stone with large windows directed directing views towards the sea and beyond. The flat roof and envelope of the house is an adaptation of the vernacular architecture of this part of Andalucia.

Lime mortar and stone from the ruin will be reused to build the structural walls. Solar and photovoltaic panels will provide all of the hot water and energy needed for this summer house. 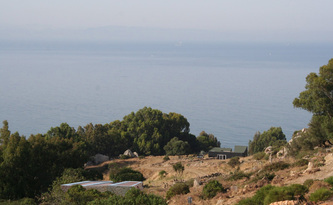 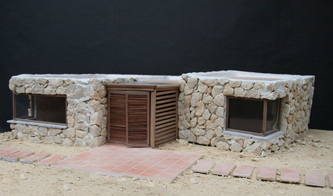 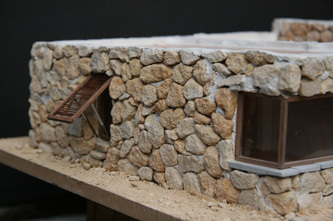